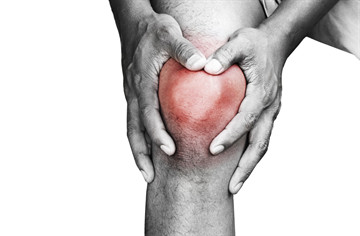 Housemaid’s knee is caused primarily by repetitive movement, which can often happen when a person’s job requires them to be in a constant or long-term kneeling position – it is an occupational hazard.

A person should be careful if their job involves kneeling for a long period of time or frequently. A thick foam cushion or knee pads should be used; furthermore, knee pads should especially be used by people who have previously had an episode of housemaid's knee.

Any age group can be affected by housemaid's knee but it is generally more usual in males than in females. Housemaid's knee in children is more likely to be caused by infection.

Housemaid’s knee is clinically known as ‘Prepatellar Bursitis’
The bursa that lies in front of the lower half of the patella and the upper part of the patellar tendon is prone to inflammation.  Types: there are two types of prepatellar bursitis: (1) irritative and (2) infective or suppurative.

Irritative Prepatellar Bursitis
This is caused by repeated friction (and eventually leads to RSI) it occurs in those who do much kneeling.  There is fibrous thickening of the wall of the bursa, which is distended with fluid.

Clinical features – there is a softly fluctuant swelling in front of the lower part of the patella (housemaid’s knee).  The swelling is clearly demarcated. It is manifestly confined to a plane in front of the joint, and the joint itself is unaffected.

Treatment – a trial may be made of aspiration under local anaesthesia, but the effusion tends to recur unless further friction can be avoided.  The risk of recurrence may possibly be reduced if hydrocortisone is injected into the emptied sac.  Operative excision of the bursa affords a more certain permanent cure.

Suppurative Prepatellar Bursitis
This is caused by infection of the bursa with pyogenic organisms, which reach the bursa directly through a puncture wound, or through the lymphatics from an infected lesion of the leg.  The wall of the bursa is acutely inflamed and the sac is distended with pus.

The knee is the region where nearly every kind of orthopaedic disorder may be represented.
The knee depends for its stability upon its four main ligaments and upon the quadriceps muscle.  Apart from its vulnerability to injury, the knee is also particularly prone to almost every kind of arthritis.  It is the joint most commonly affected by osteochondritis dissecans and intra-articular loose body formation.

An effusion of blood (haemarthrosis) appears within an hour or two of an injury and rapidly becomes tense.  An effusion of pus is associated with general illness and pyrexia.  A thickened synovial membrane is always a prominent feature of chronic inflammatory arthritis.  Pain in the knee may also be the predominant feature of a lesion of the hip, such as arthritis or slipped upper femoral epiphysis. 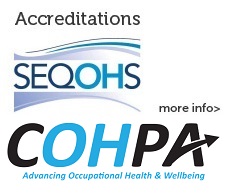